A residential site cut in Melbourne that uncovered significant rocks.  This site was 100% cut.

Usually cut and fill to minimize material movement is best.  This job due to the sloping site 100% cut was needed.

This house excavation was done around the rocks, until they were broken and removed. A significant retaining wall is to be built down both sides of the block.

Rock floaters like this are not uncommon in the North and West of Melbourne.  Unlike a rock shelf,  these rocks can generally be broken or removed without significant time delays. 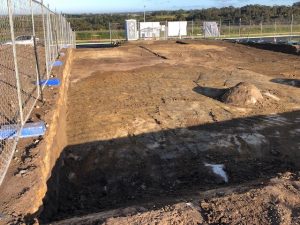 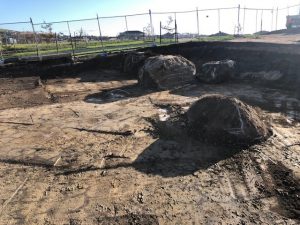 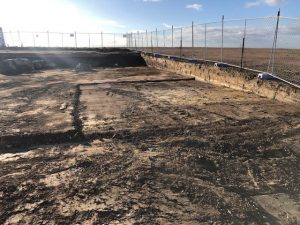 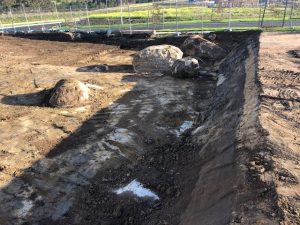